The store will not work correctly in the case when cookies are disabled.

What is Erythritol and Is It Safe? | Best in Nature

What is Erythritol and Is It Safe?
Categories: Blog
Author: Welkin Tang 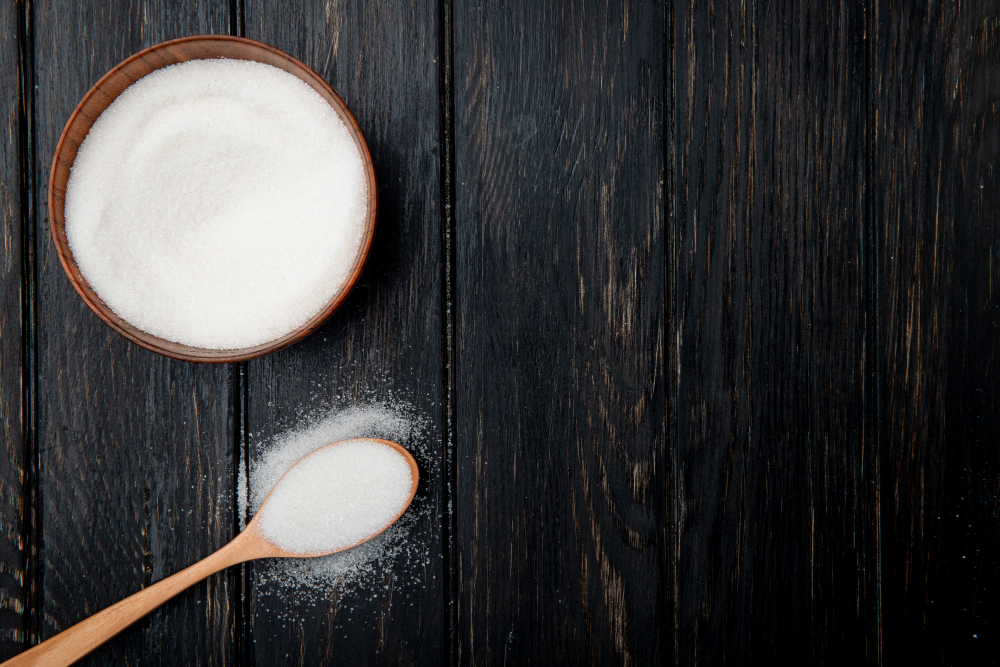 With sugar and its negative health effects increasingly coming into focus, alternative sweeteners are more popular than ever.

As such, you may have now heard of the sweetener erythritol and have questions about whether it’s safe, if it’s healthy, and more. Although you’ve probably only recently heard about it, it’s been around for some time. In fact, it occurs naturally in some foods and has been produced and used as a sweetener since 1990.

Erythritol is what’s known as a sugar alcohol. These are compounds that chemically resemble sugar and alcohol (it’s worth noting they don’t contain any actual alcohol). They occur naturally in certain foods and come from plant products such as fruits and berries.

Sugar alcohols have a sweet taste and are lower in calories than regular sugar and as a result, are a popular ingredient in low-calorie and low-sugar foods. Other sugar alcohols you see on food labels include isomalt, xylitol, sorbitol, and maltitol.

Generally, erythritol has been found to be safe to consume. This shouldn’t come as much of a surprise as it naturally occurs in foods like fruits and vegetables though in small amounts.

Although erythritol is safe to consume, certain populations will want to know exactly how it will interact with their bodies in a few key areas.

Erythritol is well-tolerated by healthy people with no existing digestive issues. However, those with IBS, SIBO, or who have had bad reactions may want to avoid erythritol as it can make symptoms worse.

When erythritol is consumed, around 90% enters the bloodstream and 10% makes its way to the intestines where some is excreted unchanged and some is digested by intestinal bacteria at the lower part of the large intestine, thereby generating short-chain fatty acids and other organic acids.

Erythritol has not been found to spike blood-glucose levels in healthy individuals or those with diabetes. Extremely small-scale studies found no negative effect in diabetic patients after ingesting erythritol one time in one study and consuming it regularly over the course of two weeks in a separate study.

Many sugar-free foods contain calories and carbohydrates from other sources so erythritol-sweetened foods should still be eaten with care.

With these findings, erythritol might have a slightly positive effect on heart health.

*The linked study did not have a control group and further studies are needed to say whether this benefit is conclusive and not a result of participants exercising more or eating better.

Erythritol, unlike sugar, doesn’t have any damaging effects on teeth and may even have a positive impact on dental health.

The reason this happens is that when sugar is consumed, the bacteria in the mouth feeds on it and release acids that damage tooth enamel. Studies have indicated that erythritol, on the other hand, may even suppress the growth of these bacteria directly. Studies have yet to show any definitive link between erythritol use and a decrease in tooth cavities though.

How Much Erythritol is Okay to Consume?

There are no official guidelines but people can generally tolerate 1 gram of erythritol per 1 kilogram (2.2 pounds) of body weight.

How to Use Erythritol

You can generally use erythritol the same way you would use sugar; add it to your coffee or try using it in place of sugar in your baking. Keep in mind that erythritol is only about 70% as sweet as sugar. Recipes might need some adjustment and you may find the textures to be slightly different.

Erythritol is an increasingly popular alternative sweetener that falls into the category of sugar alcohols. Its key benefits are that it’s been found to be safe for those with diabetes, is low in calories, and may even help with dental health. Those who already have gut health conditions like IBD, IBS or Crohn’s may still want to use it with caution.

This article is provided for informational purposes only and is not intended to be used as medical advice. If you have immediate concerns about your health, please seek the help of your physician.

*These statements have not been evaluated by the Food and Drug Administration. This product is not intended to diagnose, treat, cure or prevent disease.